Following the new ECB guidelines for club practice sessions which was issued yesterday, we are working on putting in place the mandated safety guidelines before opening our net facilities.

The ECB guidelines are very complex and it will take sometime for us assess if we’re able
to meet them, however we will be doing all we can to try to get some form of
cricket to our members ASAP without risking their safety.

Please note – that the Oxford CC nets at Jordan Hill will remain closed until further notice. Thanks you for your patience. 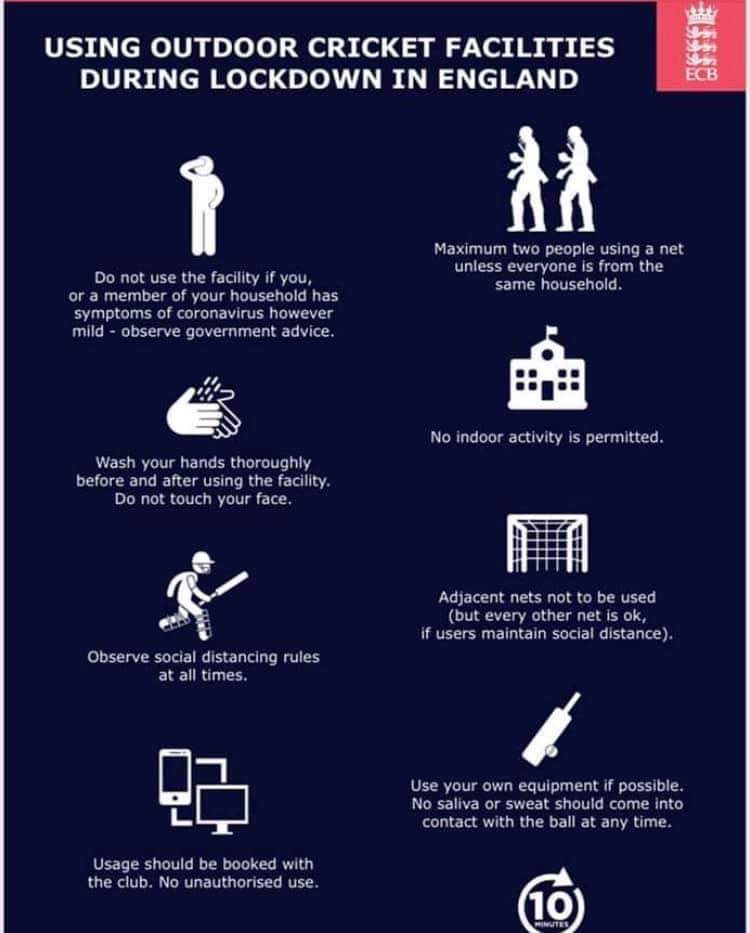 Oxford Cricket Club are delighted to announce that their annual golf day will return in 2019 after a year’s hiatus, The golf day will take place on Friday 1st March 2019 at North Oxford Golf club (adjacent to Jordan Hill Sports Ground).

If you, or anyone else would like to enter a team of four for the day please contact Jamie Perkin (jamieperkin@hotmail.co.uk) and he will happily provide details of the day and help you book your place.

The club have again secured time at Magdalen College School for winter nets.

The club hope to secure further time for youth training and will be in touch with more details as to the breakdown of youth sessions as soon as we have more details.

The Oxford CC Committee hereby attach the documentation for the 2019 Annual General Meeting, which will take place on Sunday 27th January at Jordan Hill Sports Ground, starting at 7 pm.

Once again the committee would like to emphasise that the club requires more help from its membership to allow it to function. Of principal significance is the loss of the club secretary; this role has been split into a number of smaller roles and we wish to have a number of people to make it both more manageable and more sustainable going forward.

Oxford Cricket Club invite you to  a Celebration of Womens Cricket

Play starts at 11am and finishes at 6pm (when Youth training starts). The Kia Super League Vipers Roadshow will be in attendance.

Guests, Friends and Family are most welcome to join us and take part in a special day for the club. We wish to encourage as many people to come along and support the club as possible.

The club wish to thank Riomed Ltd (http://www.riomed.com/) for their generous support of the day.

Oxford CC Women’s 1st XI vice-captain, Genny Porter, sporting her well-worn and much-loved Oxford CC cap, played on the main ground at Lord’s on Tuesday 24th April for the MCC Marylebone Maidens, in the Lord’s MCC Women’s Day. The day was a celebration and showcase of Women’s cricket, held at Lord’s in front of about 5,000 school children. In the opposing team was her sister, Eloise. Fortunately, the game aligned with Genny coming out to bat to face her sister’s bowling, however she couldn’t hit the runs required to help her team set a defendable score. Genny and Eloise played all of their youth cricket at Oxford CC, for both the boys and girls teams from the U10s to adult level.

U16/U17 and U19 cricketers are invited to train with the senior squads.

*Please note that our Women’s section have chosen to divide the sessions as follows:

All club members should have received notice of the Club AGM, which takes place on the 21st January 2018 at 7.30 pm at Jordan Hill Sports Ground.

The agenda and 2017 minutes will be distributed on the evening of the 14th January by e-mail. Anyone who has not received these documents by Monday 15th should contact the secretary.

Since parking is limited, we suggest those attending share transport as much as possible.

No flowers please. Donations for cricket in Oxfordshire – particularly for the OCB Young Cricketer’s Hardship Fund and the OCB Groundsman’s Development Fund – can be made via bank transfer (Sort Code 20-65-21, Account Number 50948713) or by cheque (payable to OCB) c/o S & R Childs, 69 London Road, Headington, Oxford OX3 9AA, or on the day.

Simon Porter, one of the leading figures in Oxfordshire cricket for over 40 years, died at home on 9th February, aged 66. Simon was involved in the formation of Oxford Cricket Club, which arose from a merger of the Headington and Cowley St John clubs in 1994. He was a long standing player for Headington and had captained them to 3 Cherwell League titles in 1974, 1977, and 1981. He became Chairman of Oxford CC at its inception and in 2010 was elected President.

Simon was instrumental in the formation of the Cherwell League in 1974 and was its Chairman for over 20 years. He then initiated the merger with the Trinity League, a move that has seen the number of teams rise from the initial 8 to the current total of around 100.  He was appointed Treasurer of the Oxfordshire County Cricket Club (OCCC) in 1974, another position he was also to hold for 20 years. At this point he facilitated the merger of the OCCC with the Oxfordshire County Cricket Association (OCCA) to form the Oxfordshire Cricket Board (OCB), the organisation that oversees all cricket in the county today.  He was Chairman of the OCB from 1996-2006 and then remained involved through chairing the Cricket committee until 2010.

Throughout this period Simon was also managing cricket in The University Parks in his role as Oxford University Cricket Club Senior Treasurer and latterly Chairman. He would generally be in the pavilion on match days, ensuring all ran smoothly and entertaining officials and guests. He was also Secretary of the Oxford University Authentics from 1973-2013.

Simon was also a notable cricketer. He won a blue at Oxford in 1973 and played 127 matches for the county side from 1971-88.  His total of 355 wickets places him seventh on the list of all time wicket-takers for Oxfordshire and he was a useful batsman too, scoring 1840 runs for the county with a top score of 76 against Wiltshire at Devizes in 1981. His style as an off spinner was different to that of his contemporary Rupert Evans, bowling a flatter delivery with slightly more pace. His best performance for Oxfordshire was 7-38 against Buckinghamshire at Christ Church in 1977. He was part of Oxfordshire championship winning sides in 1974 and 1982 and was selected to tour Keyna with the Minor Counties in 1982. More recently he had the honour of being elected the Minor Counties President from 2009-11 and he was also a member of the MCC.

Simon’s club cricket was for Headington United who he captained from 1973-85, leading them to the Cherwell League title in 1974, 1977, and 1981 and to success in the national indoor competition in 1977. He also captained the OCCA representative team and led them to the national title in 1979. His cricketing prowess has passed on to his daughters Genevieve and Eloise, both of whom have played for the Oxfordshire Women’s team. His wife Rosalyn also remains a great supporter of cricket within the county.

Born in Oxford in 1950, the only child of George and Cecile Porter, Simon was exceptionally bright and having attended Littlemore Grammar School (now the Oxford Academy) he won a place to Oxford University aged only 16. This achievement was such that it was reported in the national press. He secured a first class honours degree in Engineering before going on to complete a doctorate by age 22. In 1977 he became Bursar at St Cross College and later moved to a similar position at Nuffield College. He retired from this job aged only 46 and subsequently devoted his time to his coin business alongside all his many cricketing roles. In recent years health issues took their toll and his last public appearance was at Oxfordshire’s match against Cheshire at Banbury last August.

Although Simon had a very distinguished playing career, it is perhaps as a cricket administrator that we should best remember him. It can be argued that, with his involvement with the County, University, and League organisations over such a long period, he has been the most influential person Oxfordshire cricket has ever had. Many cricketers throughout the county should be thankful for his leadership and vision as they enjoy their cricket today.